With the inauguration of Maqtha Art District, Hyderabad gets its first art district and India gets its third. First one being the Lodhi Art District in Delhi and second being Mahim (E) Art District in Mumbai. I joined St+art as a volunteer to provide logistical support to various artists involved in creating the Art District. Maqtha is an urban village in Hyderabad located close to the popular Hussain Sagar. Though the project started off in 2016 it couldn’t attract considerable eyeballs then. But that ignorance has been completely taken over by the curation of Art District in Maqtha in 2017. 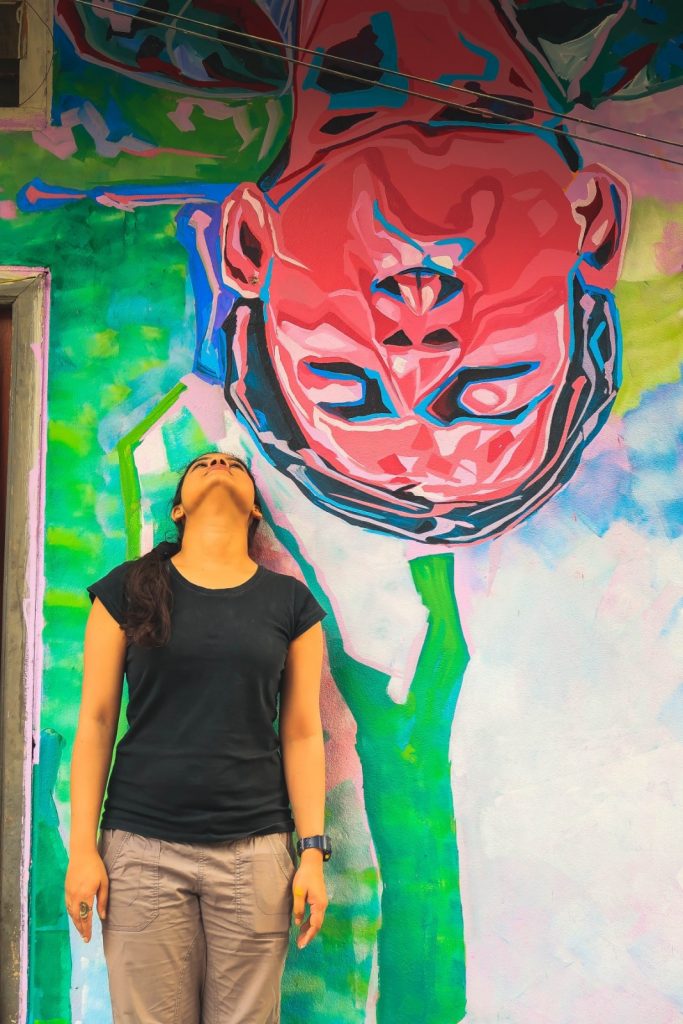 St+art foundation, which is a public art-works company based in Delhi is the brain behind this concept.

They have curated the idea of converting a regular village Maqtha into a sought after landmark. The foundation received the necessary support from Telangana tourism and Greater Hyderabad Municipal Corporation. Every year St+art foundation invites applications from artist all over the world to come up with their ideas and artwork. Once given a go-ahead by the foundation these artists paint their hearts out. Their ideas and messages flow through the bristles of the brush loaded with rich colours and give a new face to the otherwise boring and plain wall. For the conception of Maqtha, St+art foundation worked with 38 artists, which included 2 international artists, Delphine Delas from France and Sadhu X from Nepal.

The idea behind Maqtha Art district is colour coding. Being a small village, Maqtha actually resembles a maze with the labyrinth of narrow and congested lanes. The fundamentals of the art district revolved around colour coding the lanes, which resulted in the formation of Yello gully, pink gully and blue Chowk. The artists have been allocated walls suiting their art and message and after that, there was no looking back. I was fortunate to visit the Art District on the day of the inauguration. Minister of Information Technology(IT), Municipal Administration and Urban Development (MAUD), Textiles and NRI Affairs of Telangana State Sri. K T Rama Rao inaugurated the art district on 19th December. He personally met all the artists (whoever was available and working) and congratulated all the people of Maqtha village for getting their own Art District. 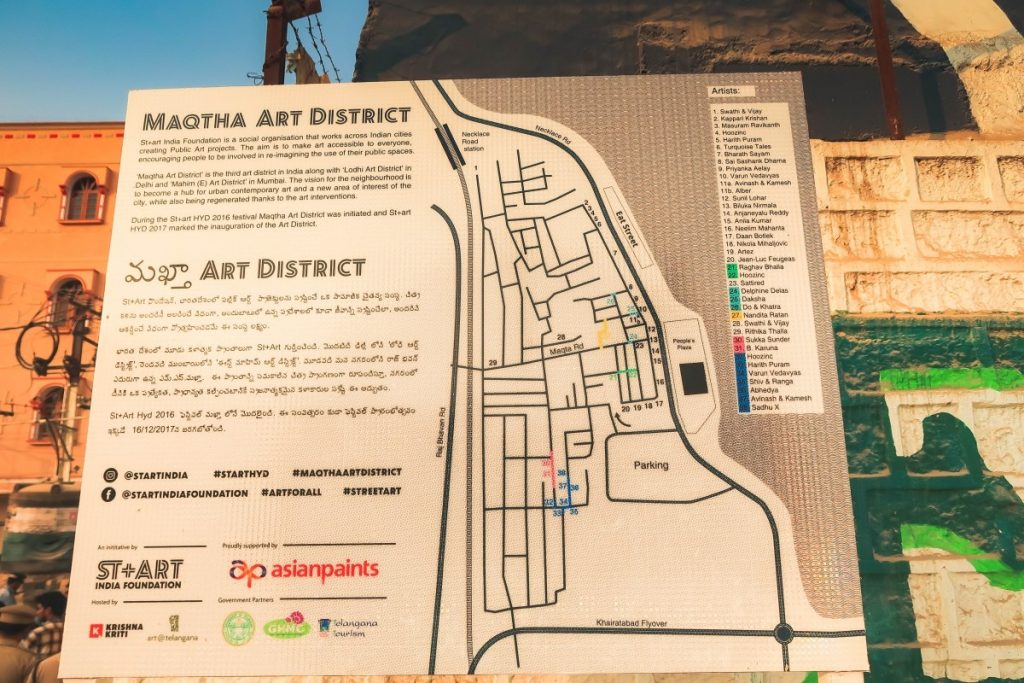 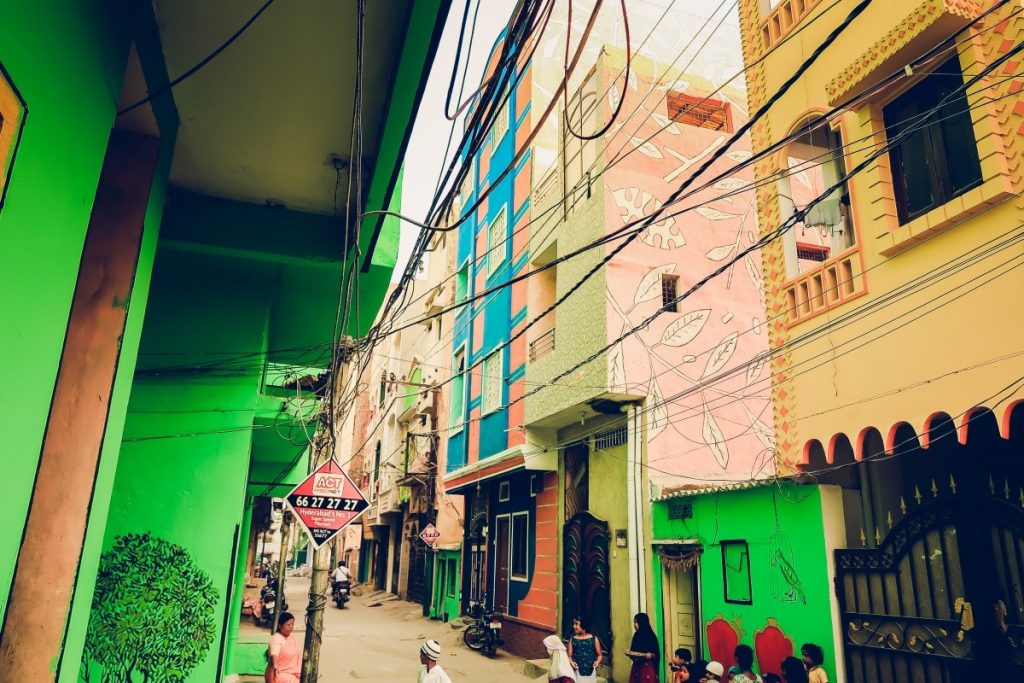 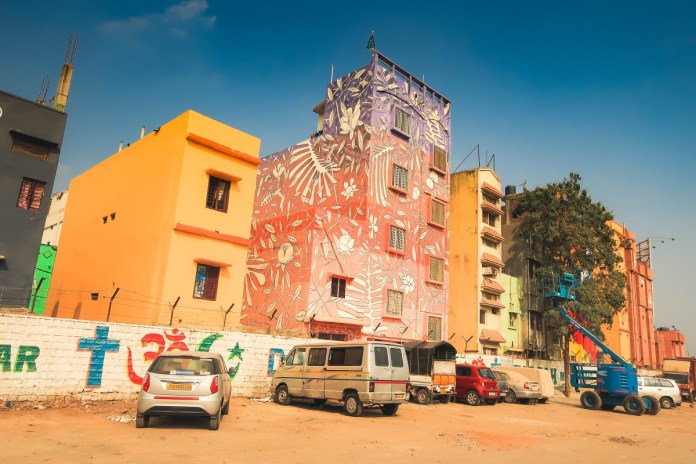 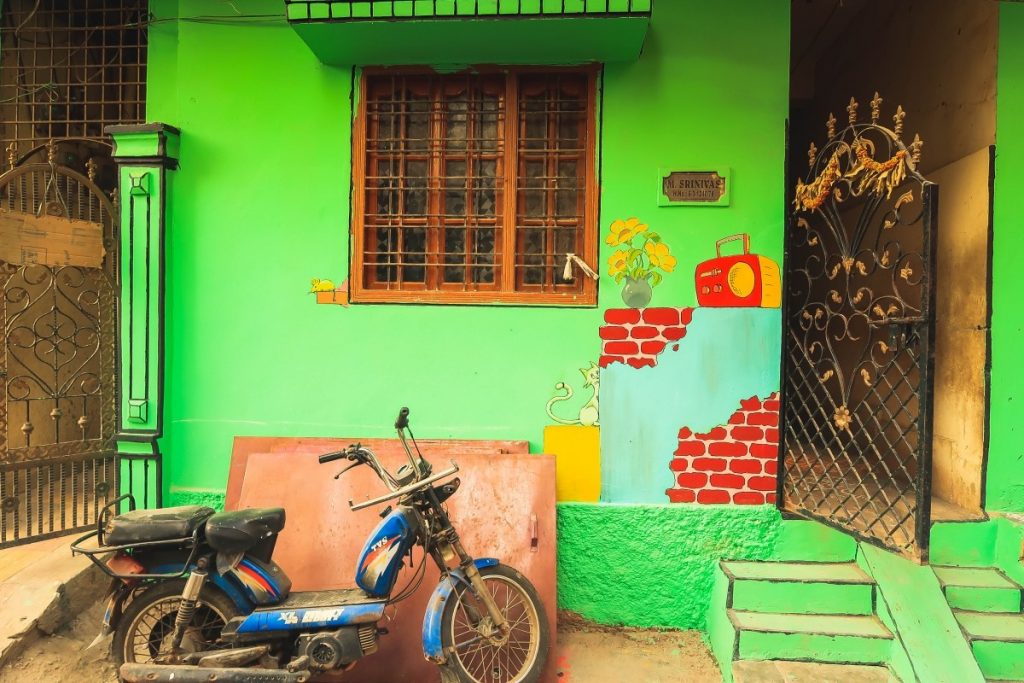 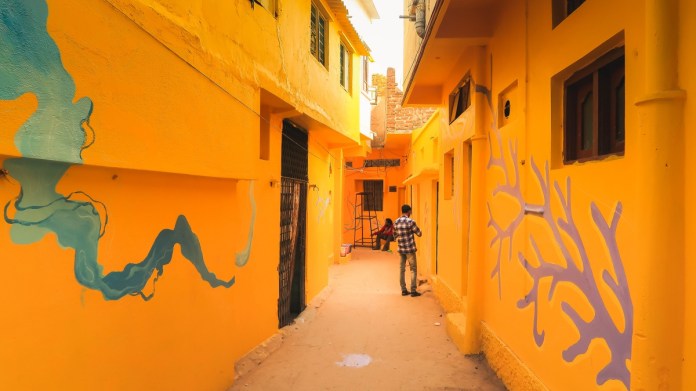 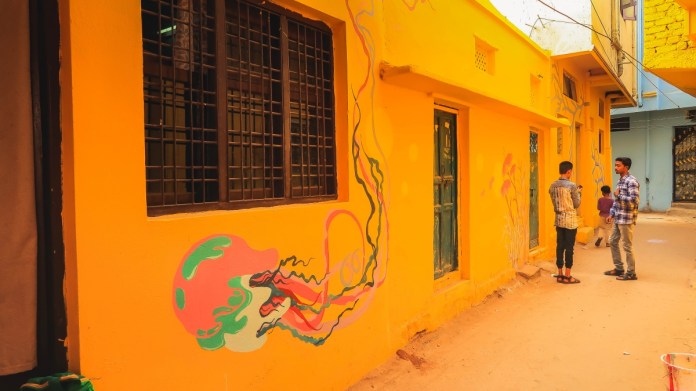 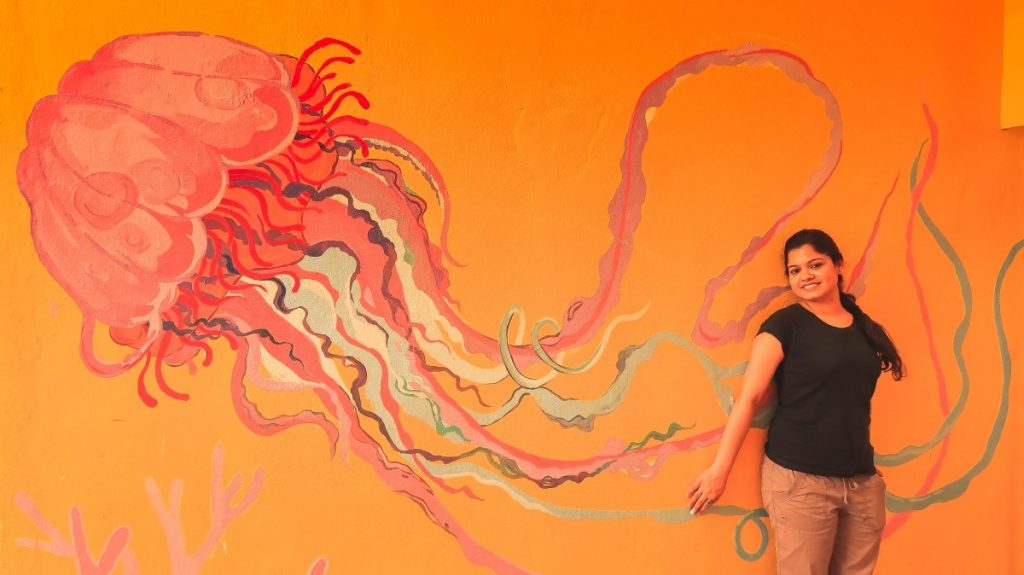 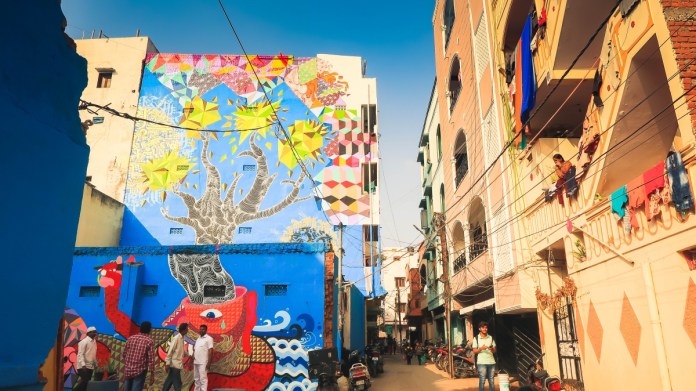 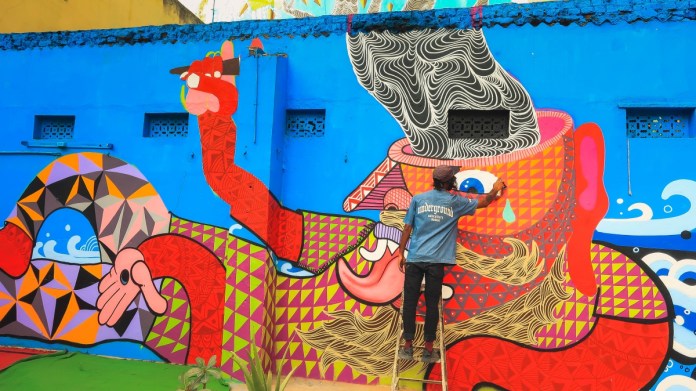 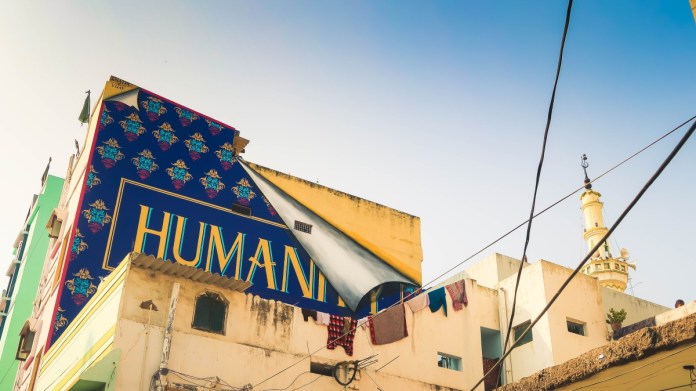 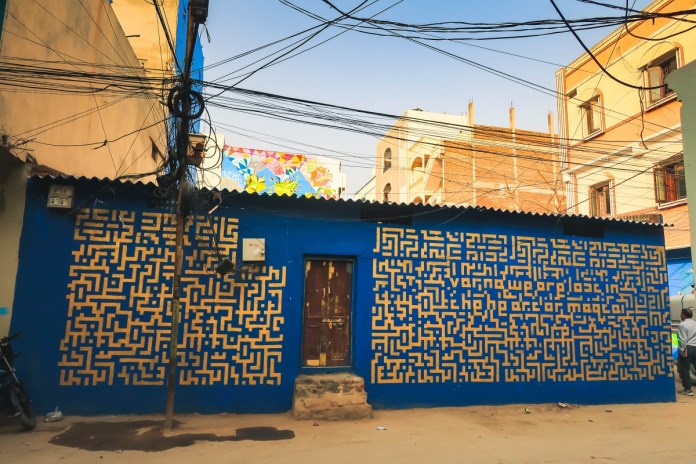 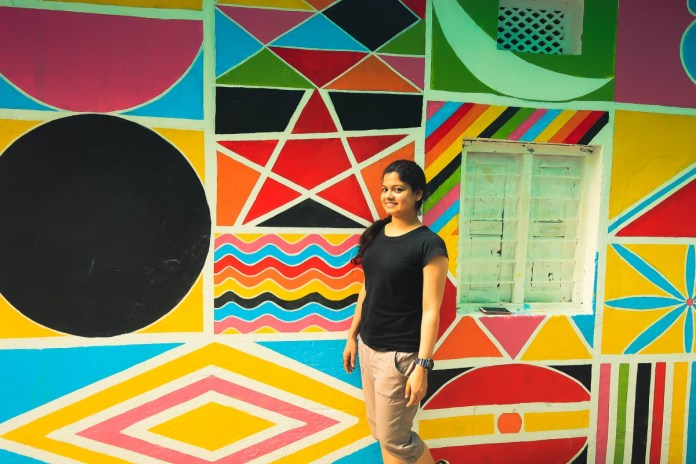 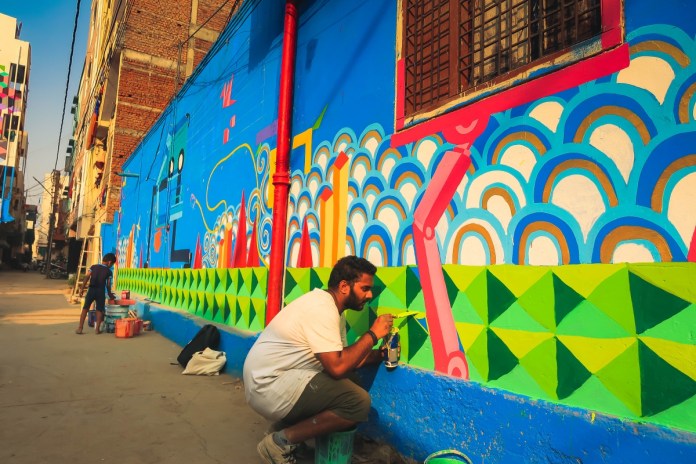 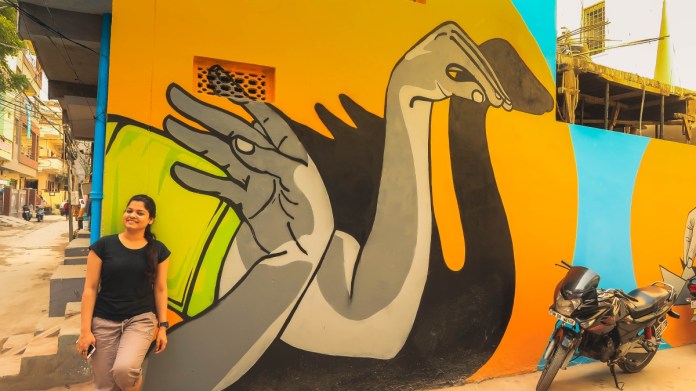 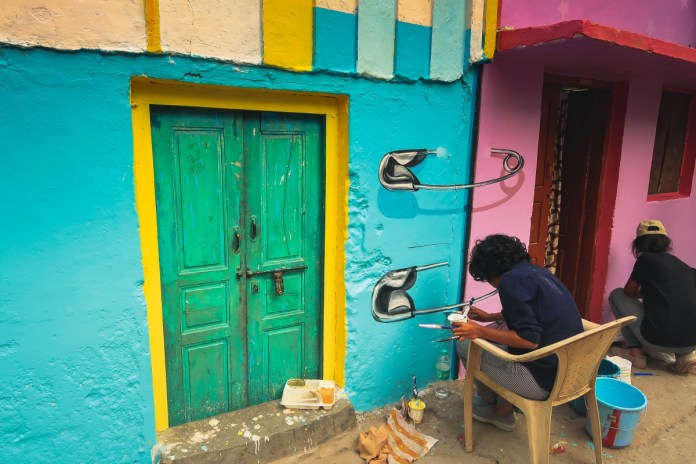 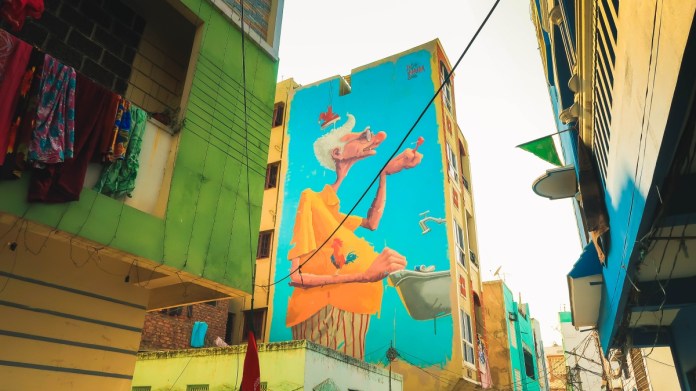 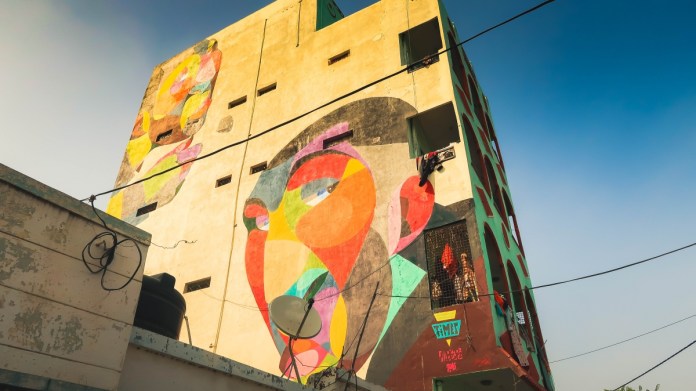 Article Source and find out more information at ~ http://singhruby.com/2018/08/17/maqtha-art-district/