History has it that Ata-lluah Khan, a Golconda sultanate nobleman, was gifted a large piece of land (ata means ‘gift’), which he developed into a hamlet.

This area has a number of ancient temples, The old palace, which was built so well, should be given a heritage tag, since it speaks of an architectural style and has withstood the vagaries of nature and man’s need to occupy any empty land.

The palace is not under the aegis of the Archaeological Society of India or the state archaeology department but the GHMC’s heritage wing. The condition of the palace and the surrounding area speaks of the lackadaisical attitude of the state government. 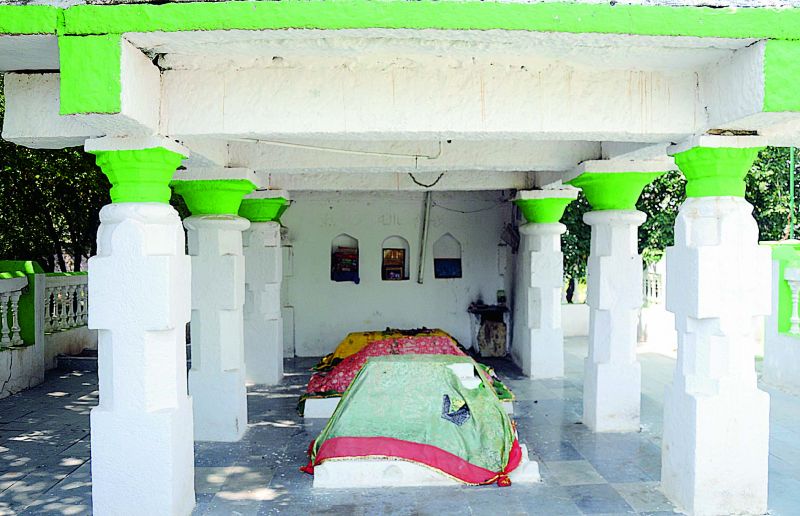 Apparently Atalluah Khan’s palace was a small structure whereas Miyan Malik Mishq, the Abyssinian guard of Abul Hasan Tana Shah, the last ruler of the Qutb Shahi dynasty, was given 10 acres of land. He built an orchard, water works and a mosque on the huge plot of land, keeping it like the summer palace it was meant to be.

Mishq had the title of commander of the Carnatic Forces, the functional title of Keeper of the Royal Key. Apparently according to old tales, Malik is the rewritten form of ‘mamluk’ used by former slaves. This palace was built in 1678 and is now in a shambles.

When you turn from the highway at the Pillar 123 and ask for directions, ever helpful people point to ‘Mushaq’ mahal. A narrow road leads to this structure, which is largely intact. Apart from a few places, structure looks strong enough to last for a long time.

There is a lot of obvious occupation of this place. Someone is growing sorghum there. However, the palace and its immediate surroundings have been left alone.

From the palace at a walking distance is a masjid. Built in the Qutb Shahi style earlier, a lot of changes have been made to its structure. It is now better known as the Badi Masjid Qutb Shahi, Attapur.

The new additions have removed the charm from this masjid. There is a small vernacular structure with huge trees surrounding it, called the Dargah Hazrat Ibrahim Shah Sahib and graveyard.

Both the dargah and the graveyard would have been enclosed once but now only the dargah has a gate with a perimeter wall and is protected by huge trees. The graveyard all across the area, with paths created by people living in and around this place. If not watched over, there will be buildings even here.

The dargah has a mandapam style of building with three graves inside and the name etched on top, which is probably recent. On the side is a small pillar with a tiny niche with a darkened stone. It is a calming place.

The palace is still an attractive building, for those interested in history and architecture, but the stink and the garbage around it can be a total put-off.

Whatever happened to Swachh Bharat, one wonders, because this is not just one overflowing garbage bin, the entire lane is filled with filth. People commute from here day in and day out and no one seems concerned.

This palace was apparently built for Malik’s zenana and they must have been a happy lot with a beautiful view of the Musi and a cool breeze blowing on to the lovely designed terrace. There must have been plenty of rooms for all the ladies, with jharokhas and in the centre and on the other side a beautiful lookout balcony.

Islamic arches form the base of the palace, which is horribly overgrown and filled with garbage now. The structure has withstood both time and the vagaries of nature, thanks to the structure built of granite and limestone. There is a lot of stucco work too adding to the beauty of the building.

A two-storey structure, this terraced building was constructed keeping the ambience in mind, with rooms both on the ground floor and the top floor. Now there is no sign of a fountain apparently built in those days.

Totally a Qutub Shahi structure, considering when it was built, there is not too much of outside influence.

This was built on the Karvan road leading to Golconda and it must have been visible from the balconies. Books mention that there were two huge gates, but now there is no sign of any of those structures.