For those taking the Kishen Bagh-Attapur Road after a gap of some years, it appears as if some Sorcerian magic is at work making the distinctly beautiful Qutub Shahi landmark, `Mushk Mahal’, “disappear.” 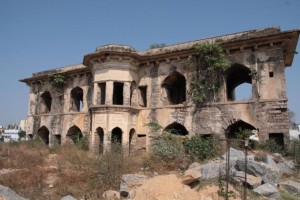 Not long ago, this two-storeyed arched palace, the only one of the Qutub Shahi period to survive outside the Golconda Fort area, could be seen from the main road. Now it seems lost in a maze of bulldozer and car repairing workshops besides rows of houses. The commanding view is gone and visitors have to make quite an effort to locate it, the passage too having narrowed down vastly, even necessitating enquiries.

And when one finally manages to reach the monument, what one encounters is an apology of a mahal (palace). It leaves one wondering if it is the same magnificent symmetrical palace of 1681, built and named after Miyan Mishk (Mushk being the corrupted form), the Abyssinian slave who was the Keeper of the Royal Key, during the time of Abul Hasan Tana Shah, the last of the Qutub Shahi rulers.

Wild shrubs not only surround the building but also grow on the monument marring its visage. The structure remains, but is in ruins, thanks to the Government’s apathy. The ground floor has virtually turned into a toilet for residents nearby. Far from the fragrance erroneously suggested by the name of the palace, as it is now known colloquially, a foul smell hits your nostrils. Plaster got peeled off from the walls baring the granite.

The first floor having stone corniced roof with projected brackets is in a slightly better shape, at least from outside, though the inside walls have been vandalised beyond recognition. The distinct central portion, taking the form of an octagonal drum, has lost its sheen but the upper portion still reflects the Qutub Shahi architecture. Jutting out a bit, it makes the facade very attractive along with two rows of pointed arches on either side.

For conservationists, Mushk Mahal is an important Qutub Shahi palace to be preserved. Significant because no other palace of the Qutub Shahi era outside the Golconda Fort area has survived. There are several Qutub Shahi period mosques but no palaces. Many such palaces outside the Golconda area between Charminar and Madina (Patel Market area to be precise) have been razed to the ground by Aurangzeb when he laid a siege to the Golconda Fort. The ones that were spared fell to vagaries of nature. Miyan Mishk is also credited with a massive delicately calligraphed mosque, again named after him, near Puranapul.

Surprisingly, such a landmark palace seeped in history and having tourism potential, is not recognised as a protected monument either by the Archaeological Survey of India or the State Archaeology Department though it is over three-centuries- old. The only consolation is that it figures in the Hyderabad Urban Development Authority’s list of 137 heritage buildings protected under a Zonal Regulation. 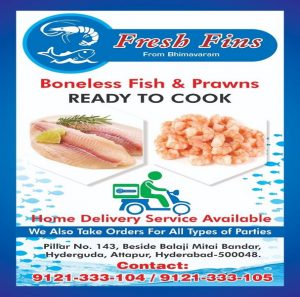