About the Temple: Sri Ranganathaswamy temple is a 400 year old Vaishnavite temple dedicated to Lord Ranganatha, a form of the Hindu god Vishnu, which is located at Jiyaguda in Hyderabad. Situated on the banks of the Musi River, the temple was built by the Nanganur Prathama Peetham and is administered by the Endowments Department of the Telangana state. It initially followed the Thenkalai tradition, but later adopted the more specific Vanamamalai sampradayam. Vaikuntha Ekadashi is the major festival celebrated here, attracting lakhs of devotees every year. 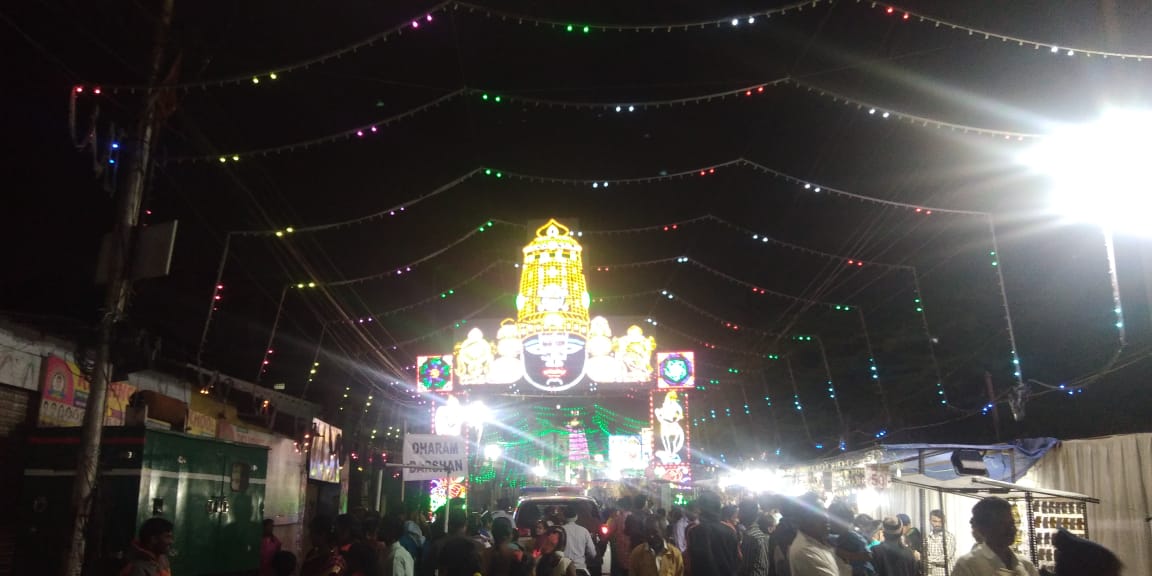 History and architecture: The temple is estimated to be more than 400 years old, and is the first in Hyderabad which is established by the Nanganur Prathama Peetham. Due to unavailability of priests who knew the Srivaishnava sampradayam within the Nanganur Peetham, priests from the Vanamamalai Peetham of Srirangam came to Hyderabad for conducting the regular worship. With the help of the devotees, the temple was renovated later. In February 2015, the temple has been exempted by the secretary of the Telangana Endowments Department under section 15 and 29 of the Religious and Charitable Endowments act for a period of three years.

The temple is built in an area of two and a half acres following Dravidian style, and is located on the banks of the Musi river. It has a three tier rajagopuram (main temple tower). The central shrine houses a stone image of Ranganatha, a form of Vishnu reclining on a snake bed. There are separate shrines for Lakshmi (worshipped as Ranganayaki) and Andal, apart from Hanuman and Garuda. The dwajasthambam lies behind Garuda’s shrine and is made of panchaloha. On the sanctum, images of Vishnu’s Dashavatara can be seen. 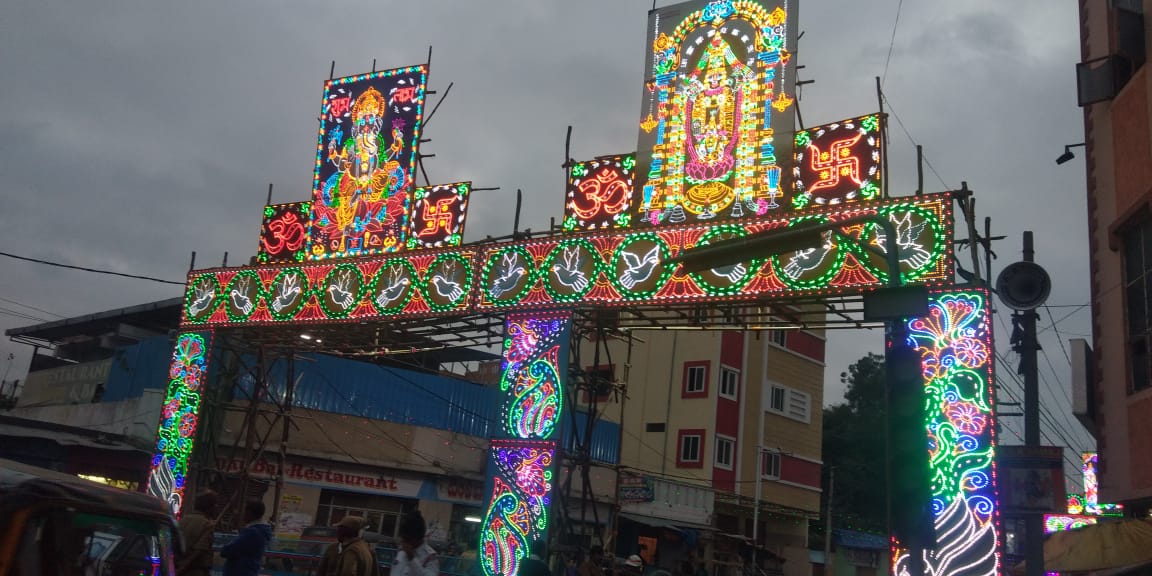 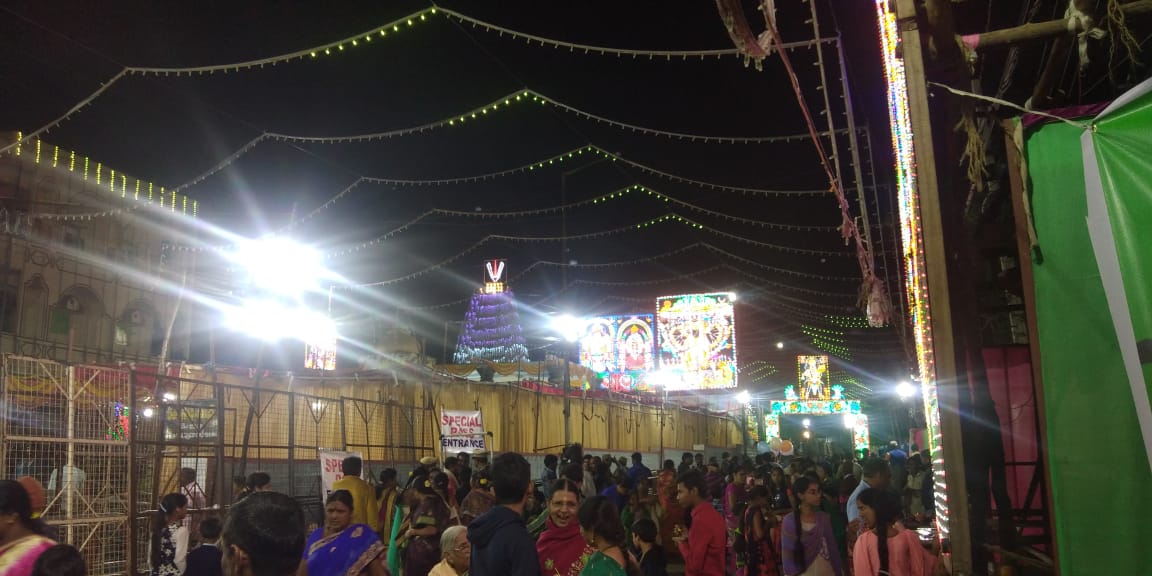 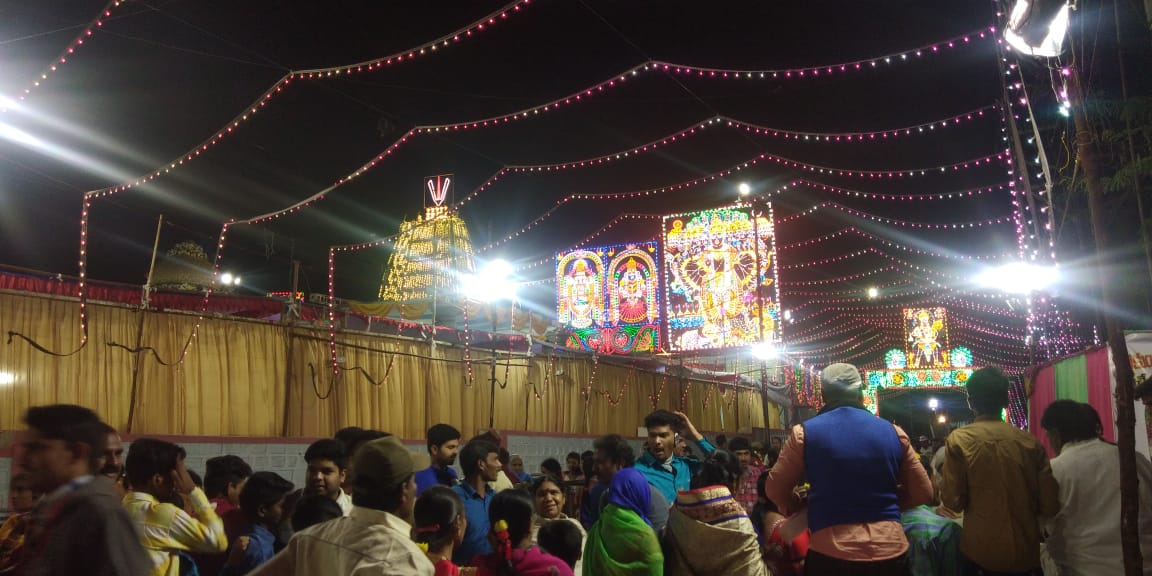 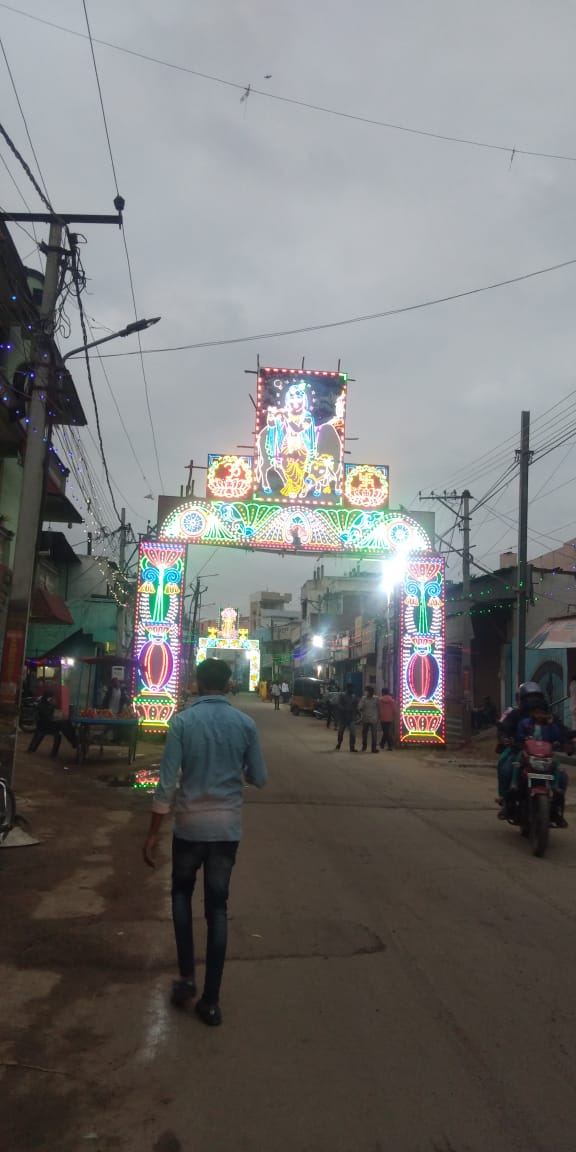